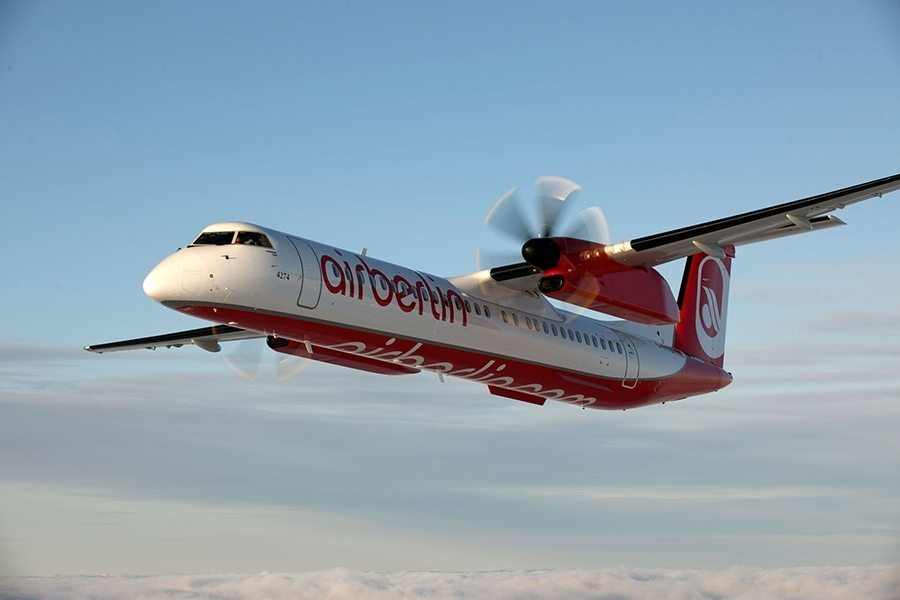 “It has replaced jets on thin routes that don’t require the capacity of larger jets; it allows us to increase frequencies on some routes at less cost than a jet; it flies point-to-point between smaller city pairs; and it feeds our major hubs. It does all of these things economically, reliably, and with the environmental sensitivity that is vital in Europe.”

“The demand for economical turboprops continues to expand and we are pleased to enter into this new lease with airberlin,” said Alec Burger, President and Chief Executive Officer, GECAS.

“airberlin recognizes the many qualities the Q400 aircraft offers in terms of operating efficiencies, performance and economics.”

“airberlin’s operations illustrate the capabilities and qualities of the Q400 aircraft that make it uniquely suitable for diverse operations, and a valuable asset in the portfolio of aircraft leasing companies,” said Fred Cromer, President, Bombardier Commercial Aircraft.

“We are confident that leasing companies and Q400 turboprop operators will find many more opportunities to work together for their mutual benefit.”