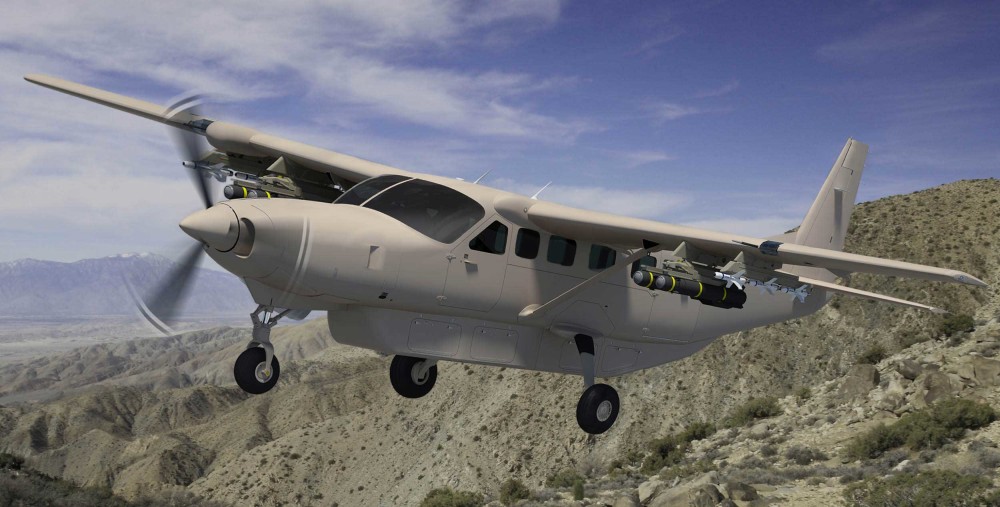 Yes, instead of transporting tourists on flights over spectacular scenery or delivering humanitarian aid to jungle strips, this Grand Caravan can carry missiles if need be (see Cessna’s pic above). In fairness to Cessna, the hard points could also be for additional fuel tanks, increased cargo space or agricultural operations.

Over at Diamond Aircraft, British company Flight Calibration Services (FCSL) signed an order for a second DA62 twin. Matt Taiyeb of FCSL, said, “We are delighted to place an order for a second DA62. We have experienced remarkable growth over the last few years – in excess of 30% per annum. The DA62 will help support this continued growth whilst reducing cost of operation and the impact of our operations on the environment.”

On a bigger stage, Boeing is celebrating 100 years in business, and saw fit to announce it is building a new facility at Lossiemouth and a £2.3bn deal with the British Army for 50 AH-64E Apache helicopters. Boeing confirmed it will continue to expand its presence in the UK despite the uncertainty surrounding the UK Brexit vote.

No qualms for Virgin Atlantic which announced that the Airbus A350 – the latest big, long-distance twin-engine airliner – will become its flagship aircraft in a whopping $4.4bn order.

The Farnborough International Airshow is trade days during the week with the public days on Saturday and Sunday.