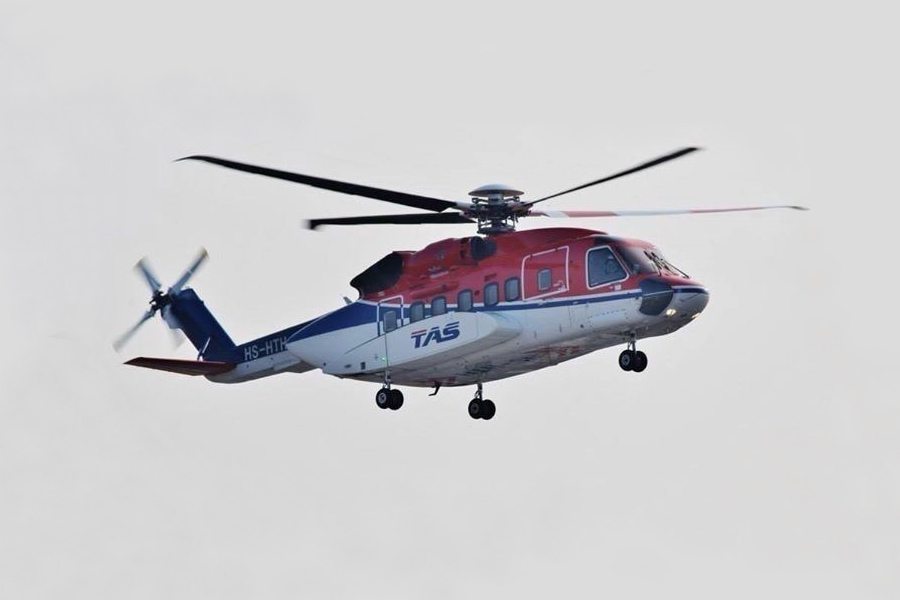 Selection of an all-new Sikorsky aircraft fleet will enable the Bangkok-based operator to continue its track record of providing safe, reliable helicopter transportation to oil and gas customers in the Gulf of Thailand. The announcement was made at the 2016 Helicopter Association International Heli-Expo show.

The new fleet replaces six older model S-76 aircraft and two S-92 aircraft currently operated by Thai Aviation Services. Acquisition of the new helicopters via a major aircraft leasing company’s order book will begin in the third quarter of 2016 until all fleet aircraft are replaced by early 2017.

“Thai Aviation Services, as the market leader in offshore helicopter support services in Southeast Asia, demands the highest levels of safety, reliability and aircraft availability from our fleet,” said Craig Havas, Thai Aviation Services Deputy Managing Director – Operations, and S-92 Chief Pilot. “The Sikorsky fleet option, consisting of the S-76D and the S-92 helicopters, provides us with all of these aspects, in addition to a cost effective and operationally seamless transition from our current fleet. We look forward to strengthening our long-standing relationship with Sikorsky in order to continue the TAS tradition of exceeding our customers’ expectations in Southeast Asia.”

The S-76D helicopter is an all-new aircraft similar in external size and shape to the family of S-76 aircraft that has accumulated almost 7 million flight hours since 1979. The selection by Thai Aviation Services marks the S-76D helicopter’s debut in Southeast Asia.

Noted for its high power and low noise, the S-76D model can achieve cruise speeds at much lower power settings than its S-76 family predecessors. Noticeable improvements in handling qualities in all weather conditions are a function of the new tail rotor design combined with the aerodynamic airframe and highly responsive four-axis autopilot system. S-76D aircraft are certified for 12 passengers in airline layout, or five to eight in executive configuration.

The larger S-92 helicopter has proved to be a favorite for offshore operators since 2004. The offshore community has accumulated the vast majority of the more than 950,000 flight hours on the global fleet of 275 aircraft. The S-92 cabin can seat up to 19 passengers in airline configuration.

The high volume of flight hours for both the S-76 and S-92 platforms has yielded for Sikorsky and its customers a wealth of performance data. Ongoing analysis of the HUMS data has enabled Sikorsky to forecast component and system life, resulting in markedly improved flight readiness and more productive aircraft.