Drones to be registered, users tested 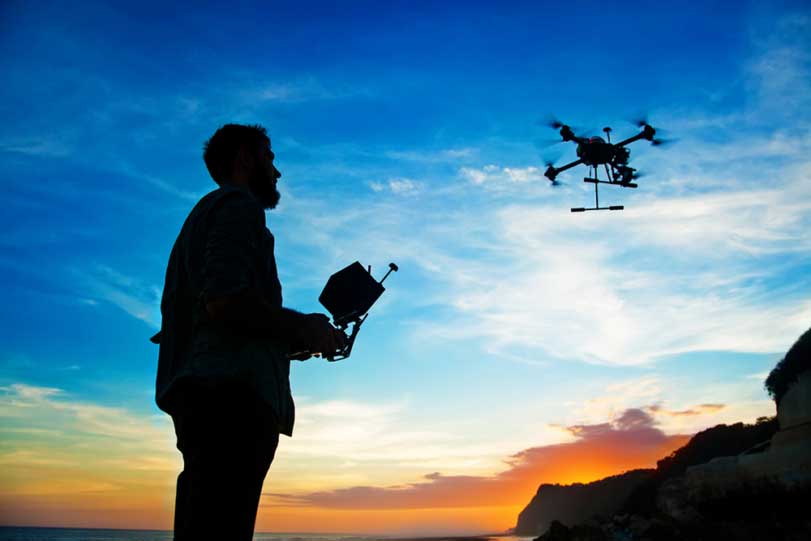 Drones will have to be registered and users will have to sit safety awareness tests under new rules to better regulate their growing use, the government has announced.

Owners of drones weighing 250 grams and over will have to register details of their drones to improve accountability and encourage owners to act responsibly.

Users may be able to register online or through apps, under plans being explored by the government. The move follows safety research that concluded drones could damage the windscreens of helicopters.

In addition, a new drone safety awareness test means owners will have to prove that they understand UK safety, security and privacy regulations.

The government also plans to bring forward and expand the use of ‘geo-fencing’ which uses GPS coordinates to stop the drone flying into zones such as prison or airspace.

Aviation Minister Lord Callanan said, “The UK is at the forefront of an exciting and fast growing drones market and it is important we make the most of this emerging global sector.

“Our measures prioritise protecting the public while maximising the full potential of drones. Increasingly, drones are proving vital for inspecting transport infrastructure for repair or aiding police and fire services in search and rescue operations, even helping to save lives.

“But like all technology, drones too can be misused. By registering drones, introducing safety awareness tests to educate users we can reduce the inadvertent breaching of airspace restrictions to protect the public.

These measures come after a consultation looking at ways to make drone use safer while maximising their potential.”

Findings by the Department for Transport (DfT), British Airline Pilots’ Association (BALPA) and the Military Aviation Authority (MAA) published alongside the new regulations, reveal drones weighing as little as 400 grams could damage the windscreens of helicopters in particular.

However, airliner windscreens were found to be much more resistant. It would take a heavier drone of around 2 kilograms to critically damage an airliner windscreen, and only if the airliner is flying at a high speed; not during take-off and landing. A typical current photo drone such as DJI’s Phantom 4 weighs 1,200 grams.