A new aviation record: most liquid dropped in a day 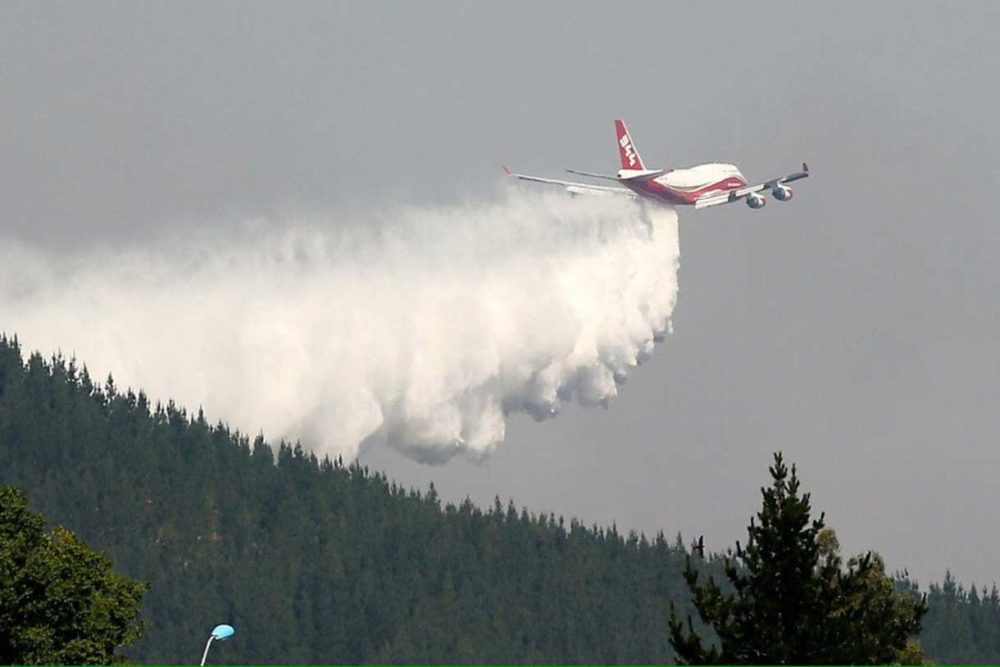 Aviation world records are always worth a mention but this is an odd one: a world record for liquid dropped in a single day. The total is 134,400 gallons (508,000 litres), set by the Global SuperTanker while fighting wildfires in Chile earlier this month.

The record was set in seven sorties on 1 February beating the previous record of 110,000 gallons. The SuperTanker has flown approximately 11,500 miles on 36 separate missions spanning several regions of the country, amassing over 40 hours of flying time in Chile. It has dropped a total of over 670,000 gallons (over 2.5 million litres) of water on spreading fires.

A local official credited the Supertanker with saving five firefighters and a village on the verge of being overrun by quickly-spreading fire. The wildfires have destroyed over 900,000 acres of land and 1,100 homes since January. 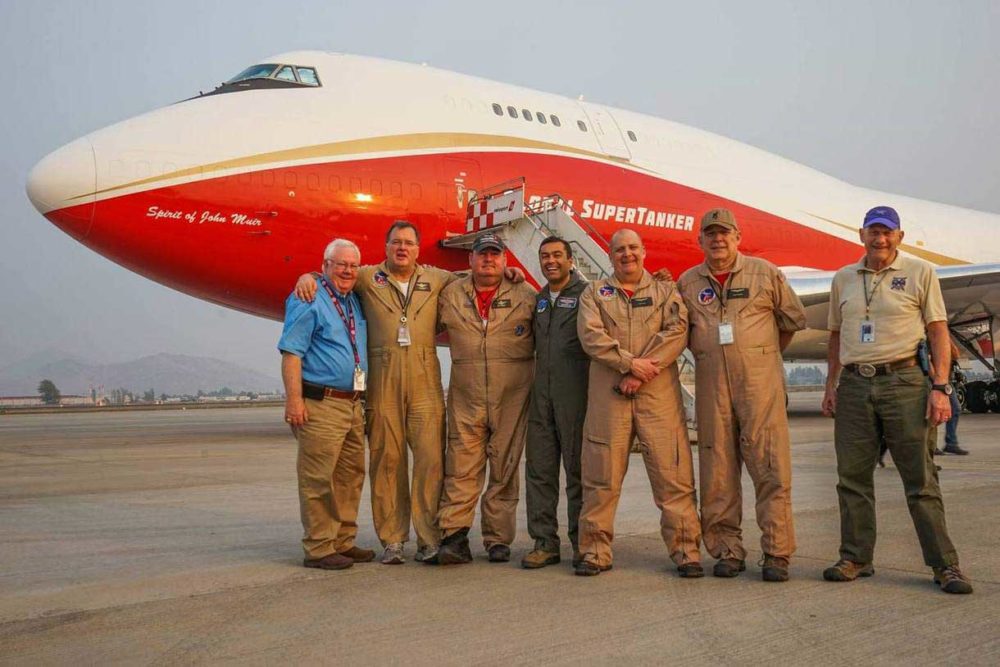 Ok, so who gets the captain’s coffee.. crew of the Global SuperTanker. Top: the B747-400 drops water during one of its missions in Chile. PHOTOS: Radio Bio Bio.

“It has been a tremendous honor to work on behalf of the people of Chile as they fight these devastating fires,” said Jim Wheeler, President of Global SuperTanker Services, which operates the aircraft.

The Global SuperTanker is a Boeing 747-400, named The Spirit of John Muir. It’s firefighting system is capable of delivering single or multiple payload drops of water, fire retardant or suppressant.

These fluids can be released at variable rates from the aircraft’s pressurised tanks, producing a tailored response to the firefighting need. This unique ability allows it to make as many as six drops in a single flight, while other aircraft must repeatedly land and refuel to achieve the same results.